Once Upon a Time in Northland 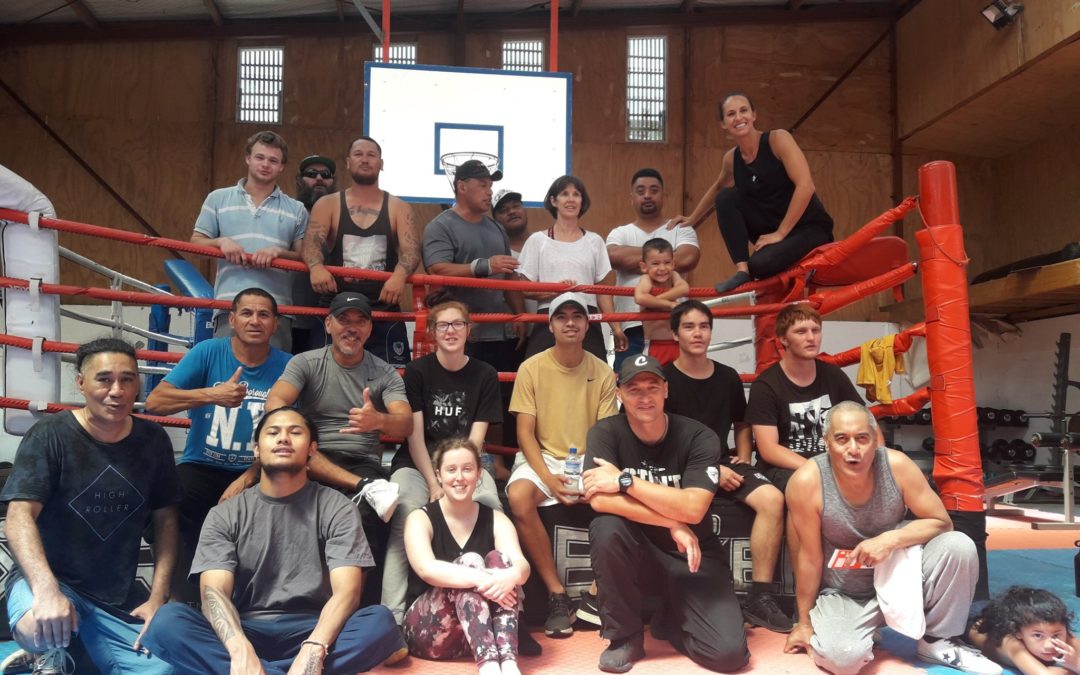 Thanks to Taika Waititi’s recent Oscar win, the New Zealand film industry is getting more and more attention, and a group of Northlanders are planning to get themselves quite literally, in, on all the action.

With funding and support from Northland DHB and Te Hau Āwhiowhio ō Otangarei Trust, a group of 11 people ranging in age from 15 to 60 years completed their second stunt workshop with Dayna Grant from New Zealand Stunt School (NZSS) last week. Their next goal is to hit the ground running working as extras or stunt performers in the industry as soon as they can.

The majority of the group are part of the Rākau Rangatira program which helps beneficiaries or those who have experienced difficulties with alcohol, drugs or mental health obtain skills and resources to gain employment.

Northland DHB employment specialist Lee Colvin who works alongside the Trust arranged for NZSS to come up and work with the group after unemployed 20 year old Hamuera Henare-Neho told Lee he was interested in acting.

Lee swiftly approached Dayna, who has been in the industry for over 20 years, working as a stunt coordinator and double for Hollywood stars like Charlize Theron, Tilda Swinton and Gwyneth Paltrow.  Dayna said when Lee got in contact and gave her some background about the group, she said she could fully relate to their situation and was keen to work with them.

“I was there once – I was kicked out of school, had ADHD and couldn’t sit in an office.  But, because of my background in gymnastics, horse riding and dancing, someone at my gym suggested I go for a stunt double job.

“I got it – but only because someone gave me a chance.”

Since their first workshop in December, the group have been meeting fortnightly to train at the Trust’s gym in Otangarei and keep regular contact through a private Facebook page, which has helped cement their bond as a group. They coined themselves Team 19 and blew Lee and Dayna away with the commitment they have made to getting fit in preparation for the two day workshop last week.

Dayna said the whole team have the makings of good stunt performers because they are quick to pick everything up, are well-coordinated and are naturally good at doing stunts.

“It’s been incredible. They have all come out of the shell since the first workshop – and are more confident, fitter and healthier.  It seems to have changed them a lot.

“What we do as stunt performers is jump off waterfalls on set – these guys do that already.  You don’t need to go to a high diving pool to learn that. Most of these guys ride horses, and they’re good in the water.”

She said a good stunt performer is an all-rounder, a team player and someone with guts who is excited about learning new skills.

Seeing the group’s progress has proven to her that they are worthy candidates to put forward for roles and she is prepared to support them all the way because they are so eager.

“I love being able to teach people who want to learn – these guys have a lot of drive, and I’ve got all the time in the world for people like that.

Dayna has already arranged for six of the group to work as extras on Avatar 2 in Wellington in the coming months and is confident that they will do well.   She said the stunt industry is more than just performing – there is action acting, rigging for those who are good with heights and knots, stunt driving and horse riding.

“Because it’s such a small industry once they get a step in the door and people get to know them, there will be plenty of work ahead.”

Group leader Toby Kaipo who also works for the Trust says Team 19 are determined to make the most of this opportunity and get themselves noticed on set in the hope it will lead on to more work.

“We will be there early, help clean up the set and spend our days off observing Dayna.  She has shown faith in us, and it’s inspired us all to work harder.”

Three of the original workshop attendees have already gone on to get permanent work since December.  Two of whom had been unemployed for over 15 years. Lee said this proves if you throw people into a job just for the sake of it – it won’t make a difference.  If you find out what they’re interested in, that is when they get motivated.