Coronavirus: Northland nurse warns of ‘carnage’ if locals don’t get vaccinated against COVID-19 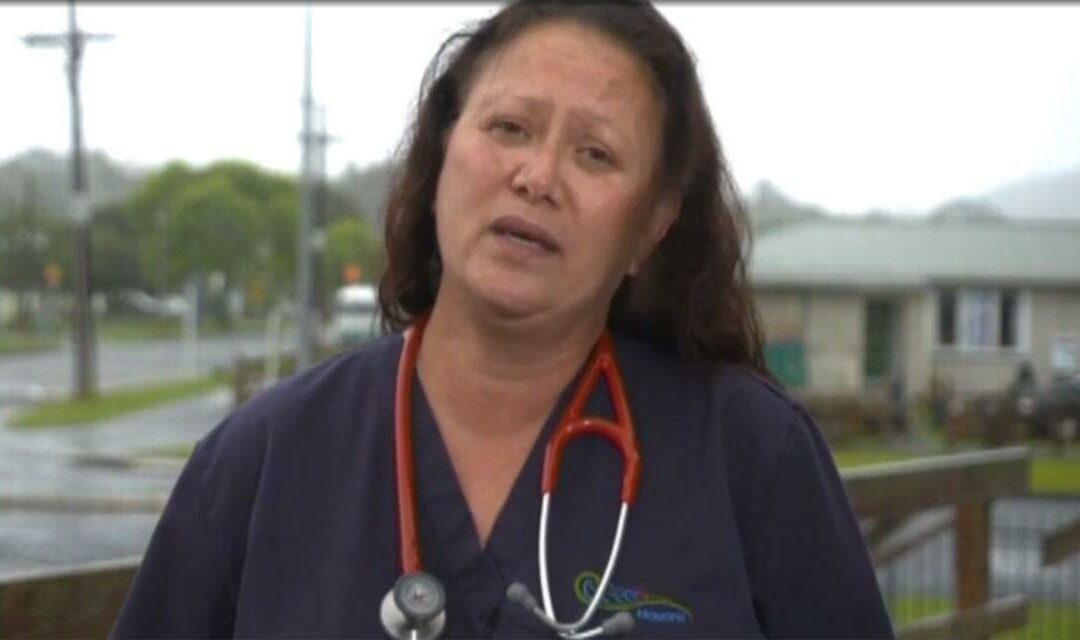 A Northland nurse working in one of the least-vaccinated parts of the country fears “carnage” lies ahead if people don’t get vaccinated.

Margaret Hand is a nurse in Otangarei, a suburb of Whangārei, where just 58 percent of those eligible have got a first dose of the COVID-19 vaccine, and 36 percent their second.

Nationwide 86 percent have had their first and 69 their second, with a target of 90 percent set by the Government for each DHB before we can ditch lockdowns and move to the new ‘traffic light system’.

While the new system will allow vaccinated people greater freedom of movement than the unvaccinated, that hasn’t convinced everyone of the importance of getting jabbed.

“We’ve had a lot of false information, a rollout in 2021 that maybe didn’t see a Māori perspective… we’ve got hesitancy around what’s in the vaccine,” Hand told Newshub Nation on Saturday.

Northland has a large Māori population. Nationwide, they’re lagging behind other ethnicities in getting vaccinated – just 68 percent of those eligible have had their first dose and 47 percent their second.

“Some of the incentives we gave out in the last two weeks have worked. Māori in particular live below the poverty line and food is a really big issue for them, so the $50 Countdown voucher worked really well,” said Hand.

“Māori have other priorities – I know that vaccination hasn’t been the first one off the block. Living from day to day has been a huge issue for them.”

Māori are at greater risk of serious complications from COVID-19, experts say, due to a range of factors including inequities in access to healthcare, pre-existing conditions and sub-par housing. They’ve made up nearly a third of cases in the current outbreak.

“It is disappointing, and I’ve expressed my frustration over a number of weeks now,” Associate Minister of Health Peeni Henare told Newshub Nation.

“I haven’t given up and we continue to make headway and make numbers rise. But we know we’ve got a challenge in front of us. But I’m certainly not going to give up as I’ve seen some others have in making sure that our whanau can receive the vaccine… This is a marathon, but we are in a sprint period now and we want to give it absolutely everything.”

The urgency has come about because the Government has decided against waiting for vulnerable groups – such as Māori – to have 90 percent vaccine coverage before ditching lockdowns. Henare said if they did, people would “turn against  those who haven’t been vaccinated yet”.

“We didn’t want to vilify those who were yet to be vaccinated. Yes, there are those who are anti-vax, but there are still a large proportion of our community who are just hesitant. And if we vilify them, then I’m afraid that we would have lost them in this challenge. So that’s why we didn’t do that.”

Hand says that makes it vital people listen to the experts and their whanau, even if they’re being uncomfortably blunt.

“We have a lot of families living in areas of poverty with high rates of overcrowded housing and poor conditions. It’s really sad that you have to say you could die from this if you don’t get the vaccine… you want everyone to have their own rights, maintain tino rangatiratanga status, but you also want to be aware that our people suffered influenza in the 1900s so we are aware that if we don’t get this, this will devastate the population of Māori – not just in Otangarei but across New Zealand…